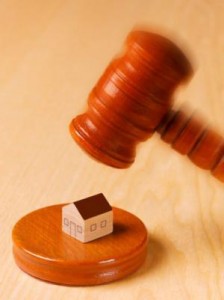 The popularity of house auctions is increasing within the real estate industry. One agency – Ray White (Goodwin realty group) is ready to up the ante with an “Auction Spectacular”.

The auctions have already met with great success in Surfers Paradise and other parts of Australia. Goodwin Realty Group Manager Simon Short revealed that as many as 130 properties are sold in one day alone at the Surfers Paradise auction. The Australian Financial review is using these auctions as an “acid test” to gauge the state of the market.

“It is eight hours of non-stop auctions and up to 1200 people turn up. That is where we would like to take this in New Zealand” commented Short, who previously worked with Ray White in Surfers paradise.

On February 24th more than 30 properties are set to be auctioned at Ray White’s event at Eden Park.

Short went on to say that these “large scale auctions” generate more interest in the properties and reduce advertising costs for vendors.

Barfoot & Thompson are seeing more auctions being held in purpose-built rooms away from the on-site location.

“The biggest plus of rooms is the control factor” says Tim Carter, the company’s auction manager and auctioneer.

The rooms allow the auctioneer to make good use of audio-visual equipment. There is a viewing room for the vendors too. This allows them to witness the auction as opposed to being hidden from site. Another advantage for the vendors is that the neighbours won’t turn up if it’s held off-site.

Bidders have mentioned concerns about lack of parking and strict timescales. Carter was quick to respond, “If we can see there is going to be a result we will keep working on and on.”

To address an auction’s impersonal feel Barfoot & Thompson also employ a team of auctioneers and staff to provide one-to-one attention during the bidding. “A lot of time the auctions might get to a certain level on the day and are pushed over the finishing line by the fact we have some very good negotiators in the room.” Besides holding auctions in Sydney, Barfoot & Thompson also has rooms in Manukau and the North Shore.

Harcourts National Auction manager Richard Valentine says that both parties accept the auction process more readily now than in the past because:

Valentine points to real estate agencies having a responsibility to better educate the public about auctions. He says they should work with potential buyers to smooth out wrinkles like settlement dates or warranties.

It was the case before that only low-budget properties were auctioned off after foreclosure. Today, a greater variety of properties are becoming available.

“I sold Daniel Vettori a house under hammer and about three months later he sold his house (through Bayleys) at auction” said Dunoon.